Roasted Beets, Carrots, and Sunchokes with Lemon and The Greenest Tahini Sauce 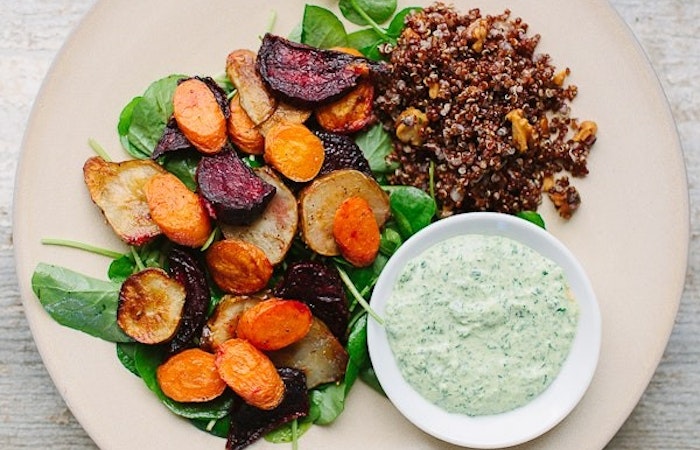 1/4 teaspoon Aleppo pepper or hot paprika, plus more to taste

Preheat oven to 425°. Toss beets with 1 Tbsp. oil on a lightly oiled rimmed baking sheet; arrange in a single layer and season with salt and black pepper. Roast 20 minutes, then turn over wedges and continue to roast until beets are tender and darkened around the edges, about 30 minutes total.

Cook garlic in a medium saucepan of boiling salted water until slightly softened, about 30 seconds. Using a slotted spoon, transfer garlic to a bowl of ice water; let cool.

Return water in saucepan to a boil. Cook watercress, mint, and parsley just until wilted, about 15 seconds; drain. Transfer watercress and herbs to ice water; let cool. Drain watercress, herbs, and garlic and squeeze between paper towels to remove as much moisture as possible; coarsely chop.


No reviews yet! Will you be the first?